Hydrogen transfer reactions play a significant role in many organic and biological reactions. Due to the de Broglie wavelength of the transferring hydrogen atom, the role of quantum nuclear effects in such reactions have been one focus area of study. Experimentally, an important indication of quantum nuclear effects including tunneling is the appearance of an unexpectedly large primary kinetic isotope effect (KIE), which has been noted in many lipoxygenases. For example, the room temperature rate constant for hydrogen nuclear transfer ($k_H$) catalyzed by the enzyme soybean lipoxygenase-1 (SLO-1) is a factor of 81 larger than that for deuterium nuclear transfer (k_D). Human lipoxygenase was noted to have a similar behavior. Quantum mechanical tunneling has been proposed to have a central role in this phenomenon, since this observation cannot be explained using classical rate theories. Temperature dependence of primary and secondary isotope effects are another set of experimentally measurable parameters that directly probe the extent of quantum nuclear effects. The proper description of nuclear quantum effects for hydrogen-transfer reactions, including the role of tunneling, is a challenging and an often actively debated area of study.

In recent publications we explored the hydrogen and deuterium nuclear tunneling process involved in the rate-determining step in the catalytic cycle of the enzyme SLO-1.  This step [see figure] involves the abstraction of a hydrogen atom from the substrate [linoleic acid] by the octahedral Fe$^{3+}$-OH complex present deep in the active site The reaction displays a large KIE [$k_H/k_D$] of 81 at room temperature under certain mutations. We computed the hydrogen tunneling probabilities for a model system constructed from the active site atoms in close proximity to the iron cofactor in SLO-1. This simplification of the active site is based on the assumption that only the immediate environment exerts an electronic influence on the hydrogen nuclear transfer. We described the tunneling hydrogen nucleus [proton or deuteron] as a three-dimensional quantum wavepacket coupled to the change in electronic structure which was computed using hybrid density functional theory, benchmarked with MP2 post-Hartree-Fock theory. At each step of the quantum dynamics, the potential surface was computed by including all electrons in our model system. As a result, our method is not restricted to a specific mode of transfer such as proton coupled electron transfer, proton transfer, hydrogen transfer or hydride transfer.

Also, since the transferring nuclear wavepacket is propagated via the time-dependent Schrodinger equation, using an efficient and accurate “distributed approximating functional” propagator, all quantum effects pertaining to the quantized H/D nucleus as well as those arising from the electronic degrees of freedom within the model are included. The kinetic isotope effect was computed using the transmission amplitude of the wavepacket and the experimental value was reproduced. Some physical insights gleaned from our studies are:

Poster describing some of this work: Poster 1. Poster 2. 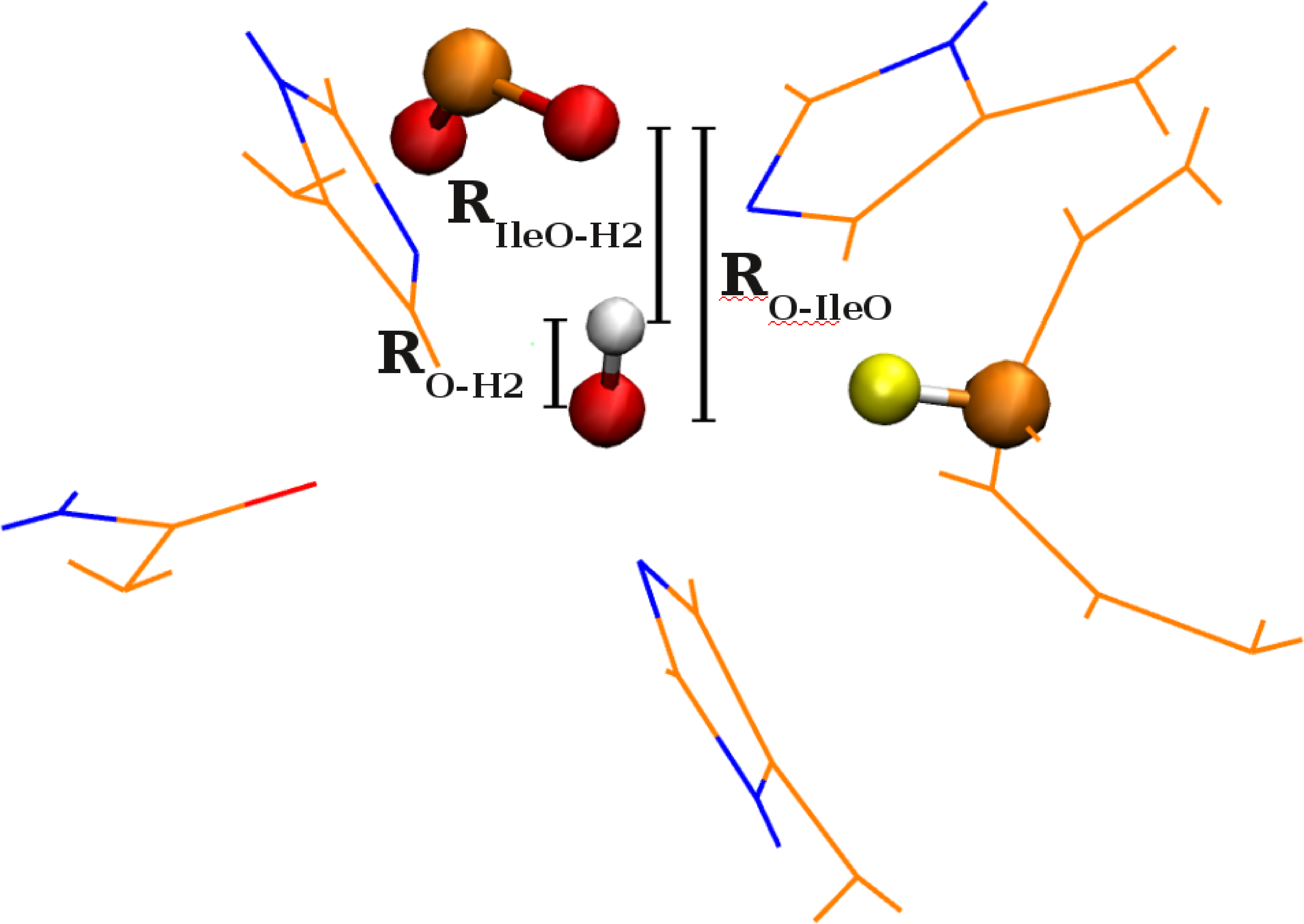 Summary: The computational complexities arising in hydrogen transfer reactions within the active site of the enzymes is addressed through a new formalism of rare-events sampling for ab initio dynamics where wuantum nuclear effects are included through tensor networks. We begin with an ab initio molecular dynamics adaptation of the Caldeira–Leggett system bath Hamiltonian and the direct application of this method helps discover the active participation of isoleucine-839 in facilitating the hydrogen transfer in SLO-1. This was initially noted in J. Phys. Chem. B. 119, 9532 (2015) and J. Phys. Chem. B 116 , 10145 (2012) (see below). The rare event sampled reaction pathways are then complemented through quantum nuclear dynamics on potential energy surfaces along the biased molecular dynamics trajectories to obtain critical insights on quantum nuclear effects. Improved representation of quantum dynamics data, such as potential surfaces and wavepacket evolutions, is obtained using tensor networks.

P. Phatak, I. Sumner and S. S. Iyengar, "Gauging the flexibility of the active site in soybean lipoxygenase-1 (SLO-1) through an atom-centered density matrix propagation (ADMP) treatment that facilitates the sampling of rare events", J. Phys. Chem. B 116 , 10145 (2012).