Electron transport between a donor and an acceptor mediated by a bridge has a fundamental role in a wide set of areas. These include: biological redox systems where electron transport through an intervening bridge is central to photosynthesis, enzyme catalyzed reactions, advanced materials including photo-voltaics, molecular nano-electronic, charge transfer in DNA and large biomolecules and atmospheric and condensed phase systems where solvated electron chemistry plays an important role. In materials chemistry, active research in molecular electronics has been triggered partly by the possibility of silicon based electronic chip technology tending to its inherent physical limitations and through novel developments in nano-fabrication methods. In addition many of the challenges encountered here are also relevant to photo-voltaic systems and solar energy conversion and storage. The intensity of current research effort in these areas is due to the expectation that electronic transport properties may be tailored with tools of synthetic and surface chemistry To this extent, electronic and optical properties of numerous single molecules, organic self assembled monolayers (SAMs) and carbon nanotubes have been the subject of earnest experimental and theoretical pursuit. 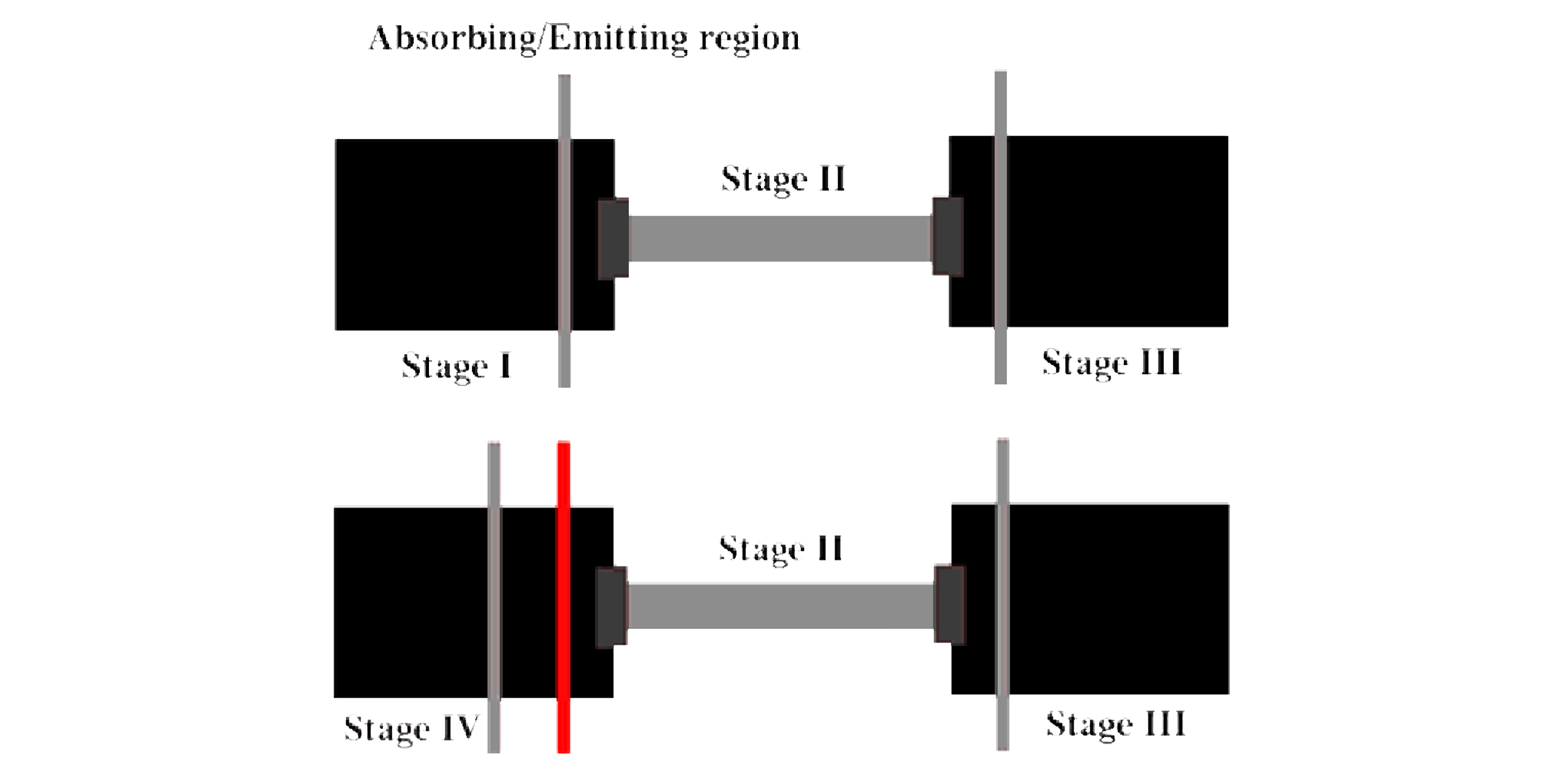 In the context of molecular electronics, the donor-bridge-acceptor electron transfer problem is complicated by the fact that external bias and electrode-molecular wire interface coupling converts the molecular junction into an open system dictated by a non-equilibrium flow of electrons proportional to the external bias as well as electrode-molecular wire interface coupling. As a result of such open system boundary conditions, the eigenstates of the molecule interact with those of the probe to create a broadened set of states.

Towards this end, in papers below, we have developed an approach called the Multi-Stage Ab Initio Quantum Wavepacket Dynamics (MS-AIWD) formalism to study electron delocalization and transport in open system. The method includes partitioning the time-dependent Schrodinger equation for the full donor-bridge-acceptor system into multiple “stages” through offsetting absorbing and emitting potentials. (See Figure to the right.) The absorbing/emitting potentials are chosen to rigorously cancel, and this effected an exact partitioning of the full system. The offsetting absorbing and emitting potential describes the coupling between the multiple stages and allows exchange of electron density between the donor, acceptor and bridge regions.

Posters describing some of this work: Poster 1. Poster 2.